Fit to Drive? 5 Key Insights Into the State of Intoxicated Driving Research 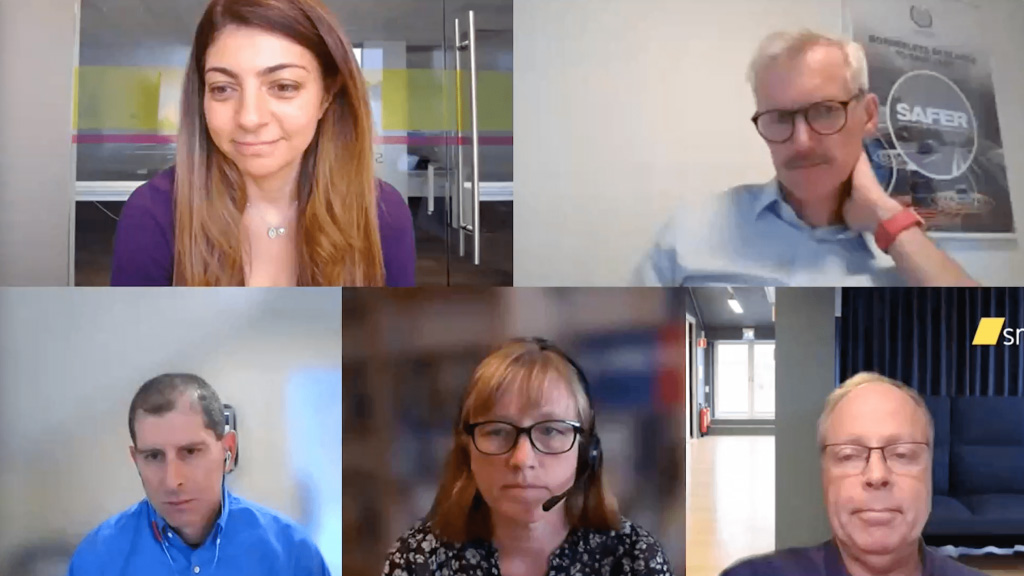 Every year, 1.3 million people die in road crashes around the world. More than 20% of these fatalities are estimated to be alcohol related. For as long as cars have existed, drunk driving has been a complex problem in need of comprehensive solutions.

From ignition interlocks to roadside alcohol tests – different strategies for mitigating drunk driving have been deployed for over a century. Yet none of them have managed to effectively prevent a still very large number of lives lost to accidents caused by intoxicated driving.

Critical research is being conducted by government bodies, the automotive industry, technology companies and academia to determine more effective approaches. On June 13, 2022, Smart Eye gathered industry experts and leading researchers for a live panel discussion on the current state of intoxicated driving research. You can access the recording of that discussion here.

These are our top five insights from the discussion:

1. In-vehicle sensors may be the best alternative to challenge today’s 100-year-old standard

Today’s prevalent measure to determine alcohol intoxication – Blood Alcohol Concentration (BAC) – was developed nearly 100 years ago. Despite the major societal and technological changes the world has undergone since then, our current legislation and policies are still tied to this century-old standard.

To this day, breathalyzers and other traditional methods for detecting alcohol intoxication remain important but are insufficient for effectively improving road safety. Roadside tests are dependent on limited police resources, while a mandated implementation of alcolocks in vehicles has been met with resistance from car manufacturers and car owners alike.

In order to work around the limitations of these traditional methods, researchers are exploring new ways to detect impaired and drunk driving. Through in-vehicle systems that use cameras and other sensors for analyzing the driver’s physical and mental state, intoxication can be detected using technology that is already installed in today’s cars – such as Driver Monitoring Systems (DMS). Rather than measuring exact blood alcohol level, these systems would combine the output from multiple sensors and, by fusing the data, offer a comprehensive assessment of whether a driver is fit to drive or not.

2. Identifying the reasons behind driver impairment may not be necessary to improve road safety

In-vehicle intoxication detection technologies, using multiple sensors and machine learning, are still in the early phases of development. It will take extensive research and data collection before they are able to accurately detect alcohol intoxication every time. But until then, these systems can still be effective in preventing drunk driving.

Driver drowsiness and driver distraction can be as much of a traffic risk as an intoxicated driver. While we want in-vehicle sensors to be able to differentiate between different types of driving impairment in the long-term, it may not be absolutely necessary at this early stage. As long as the technology can indicate that the driver is in a less-than-optimal state, we can take measures to improve road safety.

Once an inattentive, possibly intoxicated, driver is detected, the system can choose to activate a range of driver support functions, like autobrake or lane support systems, at an earlier point than it normally would. As the technology evolves and becomes more and more reliable, the system would be able to interfere in more drastic ways – such as preventing the vehicle from starting with an undisputedly drunk driver behind the wheel.

3. The core technology needed to detect intoxicated driving is already being installed in cars all over the world

In-vehicle systems with the ability to detect an unfit driver is in no way a new idea. In fact, this technology is already installed in millions of cars on the roads today. Driven by regulation and legislation, the implementation of Driver Monitoring Systems (DMS), developed for identifying distraction or drowsiness in drivers, will soon be mandatory in new vehicles all over the world.

Advanced, camera-based Driver Monitoring Systems are fast becoming more and more common in everything from personal cars to trucks and buses. By adding new algorithms and features to existing systems in vehicles, it will soon be possible to also use these systems to detect alcohol intoxication and other types of impairment. This is bound to drastically speed up the process of getting intoxication detection software into vehicles everywhere.

Future intoxication detection systems that use computer vision and machine learning will need to be developed using not only very large amounts of data – but also very diverse data. To avoid data and algorithmic bias, it is critically important that we train and validate these algorithms with equal representation of different genders, ethnicities, age groups,  and other ways people present themselves.

When developing intoxication detection systems even more consideration is needed. There are certain medical conditions or medications that can cause people to appear intoxicated even if they aren’t. In the future, intoxication detection systems will need to be able to identify this to avoid the risk of bias against people with illness. This requires the developers of these technologies to gather data from a broad swath of conditions and merge that data with other sensor inputs, to come to an accurate understanding of a driver’s condition.

5. Why intoxicated driving is exceptionally difficult to study – and incredibly important

The more advanced in-vehicle technologies for detecting driver impairment are based on machine learning and computer vision. As with any AI-based technology, large amounts of data are key for training the algorithms and improving performance. As important as this process is, collecting data of drunk drivers in moving vehicles is a very complicated task.

In an on-going study called Fit 2 Drive, Smart Eye and the Swedish National Road and Transport Research Institute (VTI) have so far been able to collect data from more than 30 participants while gradually increasing their blood alcohol concentration. At the same time, the participants drove a car equipped with multiple sensors on an enclosed race track. This is the first collection of data to offer visual information from the driver, giving valuable insight into how different people behave at different levels of intoxication.

In Sweden, driving while intoxicated is illegal even in very controlled situations on an enclosed test track. In order to conduct the study, Smart Eye and VTI had to get special permission from the Swedish government. But despite the complicated processes of collecting data from drunk drivers, these types of studies are absolutely necessary for future research on driver impairment.

To learn more about how Smart Eye and VTI managed to collect data from intoxicated drivers, watch the video below:

And, if you would like to listen to the panel discussion in its entirety, you can access that recording here: https://smarteye.se/webinars/advancing-road-safety-the-state-of-alcohol-intoxication-research/